Porter’s Office Products was founded in 1915 by Arthur Porter. Within this variety store location on College Ave in Rexburg, he also started a printing business and purchased interest in the local newspaper.

Arthur had three children that wanted to come back and work in the family business. To one son he sold the printing business which is now known as Artco, and to another he sold the local newspaper which is The Standard Journal. The variety business was purchased by Warren Porter, now known as Porter’s Craft & Frame. 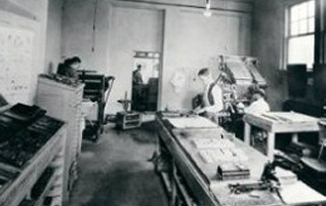 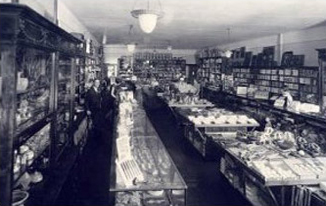 In the late 1970’s, Warren’s son Chuck came back into the family business. His main focus was on the variety store and changed the focus from variety to crafts with the onset of K-Mart and Wal-Mart. The commercial office supplies had grown and to stay in competition, Warren joined an international buying group called Trimega Purchasing Association to keep pricing in line to remain competitive.

Porter’s has been in the community for many years and has earned a great reputation. We excel in service that we give to our customers and always remember that we are professional men and women serving professional men and women. In August of 2009 Bangs Office Products of Pocatello joined the Porter’s team. With this merger Porter’s Office Products increased its presence in Southeast Idaho and added Steelcase to its wide line of office furniture.