Blue Cow Story: Up, Up and Above! 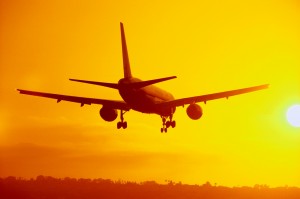 Here is another Blue Cow Story:

Last month my father-in-law, who is from Idaho, was very sick while at their winter home in Mesa, Arizona. My wife flew down there to be with him and help her mother during his last days. Dad passed on a Friday. Later that evening my wife called Southwest Airlines to make an attempt at getting tickets for herself, her mother and her sister back to Idaho. They didn’t know when they would be able to fly back.

My wife was worried about getting her mother home and cried as she spoke to the Agent at Southwest. Then the Agent said to her; “Ma’am, let me do this for you; I will take each flight from Phoenix to Salt Lake City and hold three seats until the last possible minute for the next week. If you are able to take one of those flights then all you have to do is show up before the final boarding call and tell them who you are and they are yours. IF you can’t make any of the flights then they will be released to standby passengers.” My wife, her mother and sister were overjoyed.

They were finally able to get all of dad’s arrangements done the following Monday afternoon and fly into Salt Lake City that same day. We never did get the person’s name but the incredible amount of service during such a difficult and confusing time was the best customer service I’d ever witnessed.